Home » Packers Movers » List of Top 10 Smart Cities in India to Plan Your Next Move! 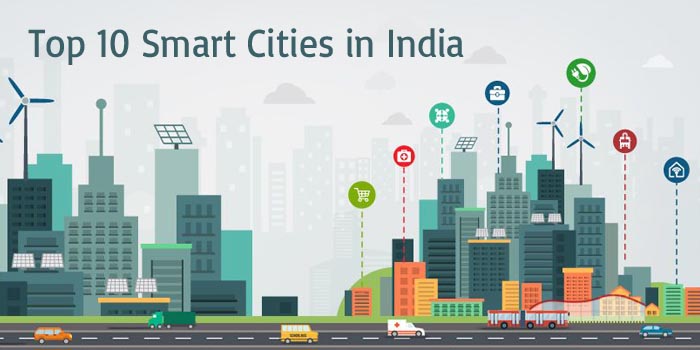 List of Top 10 Smart Cities in India to Plan Your Next Move!

Shifting to a new city for any reason is one of the biggest decisions people can take in their lives. Intercity relocation results in an overall transformation in the standards and ways of living as every city has its pros and cons. Settling in a new city can be challenging in the beginning, but with time, things begun to come on track. If you too are thinking of the same for growth opportunities or to start a new life with your family at a new place, then shifting to one of the smart cities is certainly going to be a decision which you don’t going to regret later. The smart cities in India are under the process of development and will soon emerge as the most developed cities in the country offering great facilities and services to its citizens.

What are smart cities?

A “Smart City” is an urban area which employs different kinds of technologies such as the Internet of Things (IoT) sensors to accumulate data and organize resources, assets, and services in a systematic way. The relevant data is gathered from the citizens, assets, and devices and later managed and analyzed to keep track of traffic and transportation systems, utilities, waste management, power plants, water supply management, crime detection, and monitor the functioning of schools, information systems, libraries, hospitals, and other community services.

Benefits of Relocation to Smart Cities

The creation of an efficient communication system between the citizens and the government is one of the significant benefits of smart cities. It helps the government in making more informed decisions after taking proper feedback from its citizens on the formulated policies and programs.

A smart city is a safe city. The implementations of the technological advancements such as CCTV cameras in public spaces, well-connected crime centers, license plate recognition, police helpline numbers on speed dials, etc. in the smart cities makes them a safe place to reside alone or with the family.

Smart cities ensure to take all necessary steps to reduce the harmful ecological impacts due to the rising greenhouse gases. They focus on creating more sustainable systems by the implementations of transportation systems, water management systems, and energy and power grids. Reduction of waste by reducing the consumption and creation of an efficient transportation system to promote less carbon emission are some of the steps taken the smart cities.

The well-connected transportation systems in smart cities make the life of their citizens better and smooth in every way. The proper traffic management systems help in tackling the problem of increasing vehicles on roads easily.

Smart cities offer amazing public utilities to its citizens despite a limited supply of natural resources. The availability of smart sensors helps to find leakages in water pipes quickly and reduce wastage of water. Moreover, the setting up of smart electric grids conserves power by identifying the pattern of electricity usage in the city.

Well-constructed roads and buildings are some of the striking features of smart cities in India. The smart technologies available helps in identifying the areas which need to improvised or repaired before any infrastructure failure.

If you are looking for career opportunities and planning to relocate to an all-new city in India alone or with your family, then have a look at these smart cities which not just offers great employment opportunities, but also a great standard of living. The population, literacy percentage, unemployment rate, access to basic amenities, number of educational institutions available, and how clean are these cities will help you decide which one is your preference. 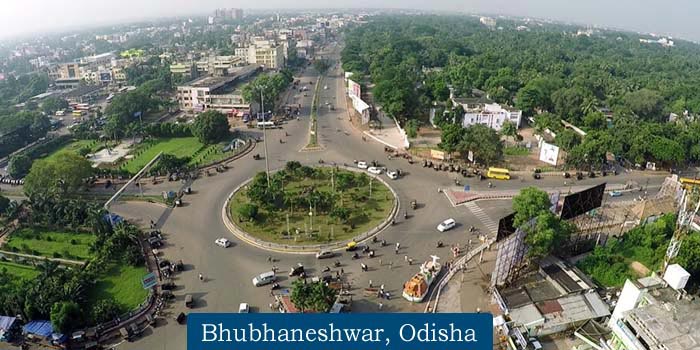 Bhubaneswar, the capital of Odisha, is the largest city holding financial and social importance in India. One of the growing education centers and IT hubs, the city of Bhubaneswar has shown rapid growth in recent times. The Ministry of Urban Development’s (MoUD) selected Bhubaneswar as the first city under the Smart City project which later got highlighted in the top 20 global cities of the world in the Global Smart City Performance Index 2017. 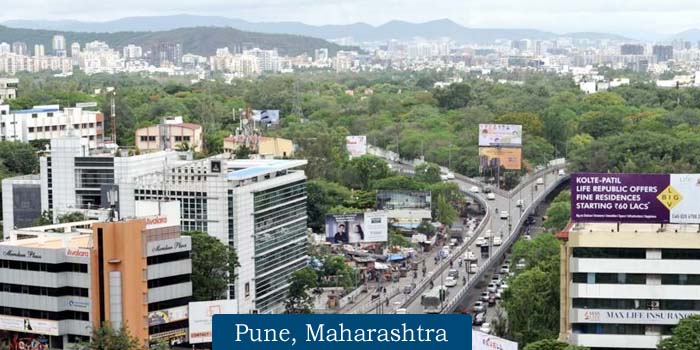 The second-largest city of Maharashtra and the most populated Indian city, Pune is popularly known as the economic hub in Maharashtra. The increasing number of industries, primarily the automotive, IT and education sector, has been a prime factor in the growth of this city. Pimpri-Chinchwad, the industrial township in the vicinity of Pune has more than 4000 manufacturing units which majorly contribute to the economy of Pune. 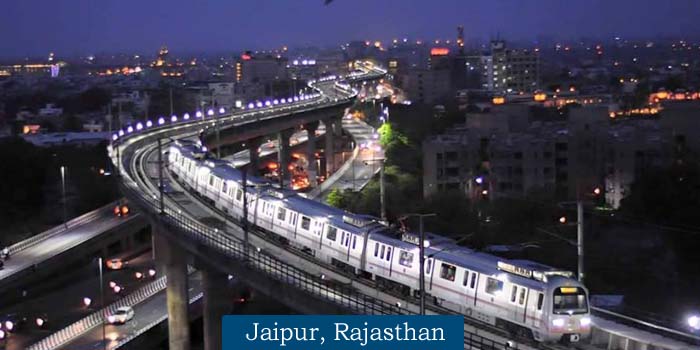 Popularly known as the “Pink City”, Jaipur is the capital of the state of Rajasthan which is also a flourishing IT sector and an international airport. The government of the state aims at transforming Jaipur into a sustainable city in phases. A beautiful blend of heritage with novelty, the city of Jaipur under the Smart City Mission focuses on restoration of archaic buildings, beautification projects, proper traffic management, efficient waste management, e-governance, and others. 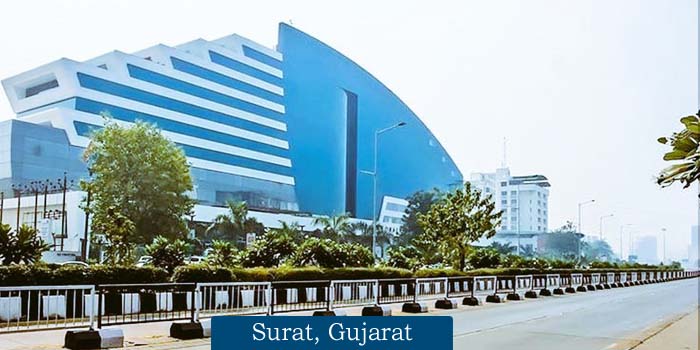 Surat is the second biggest city in Gujarat and the ninth-largest metropolitan area in India. The city has been successful in winning both national and international recognitions like the first ‘smart IT’ city in India by Microsoft in 2014 and the fourth fastest developing city in the world by City Mayors Foundation 2011. The robust textile and diamond industries in the city have made it count amongst the top 10 GDP contributors in India. 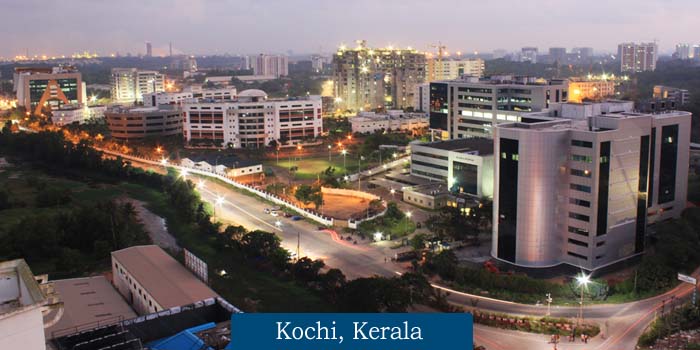 Kochi is the coastal city in the state of Kerala which is classified as a Tier II city by the Government of India. The city is the largest urban agglomeration in Kerala. The city is known for the only stock exchange in Kerala which has witnessed major investments for industrial growth. 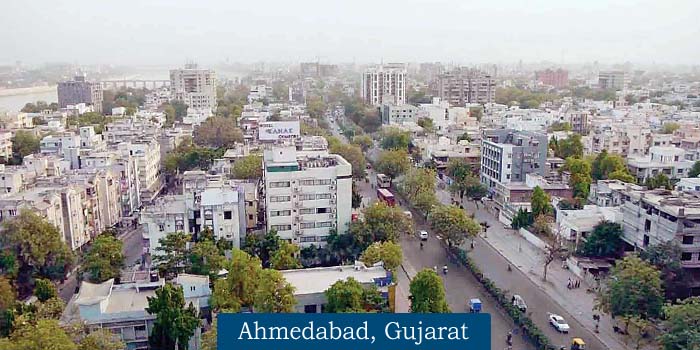 Ahmedabad is the largest city and also the administrative capital in the state of Gujarat. It is a significant industrial and economic hub that was applauded as one of the fastest-growing cities by Forbes in 2010. The major industries found in and around this city are automobile, textile, and pharmaceuticals. The setting up of distinguished higher-education institutes in Ahmedabad attracts a large number of skilled professionals across the country. 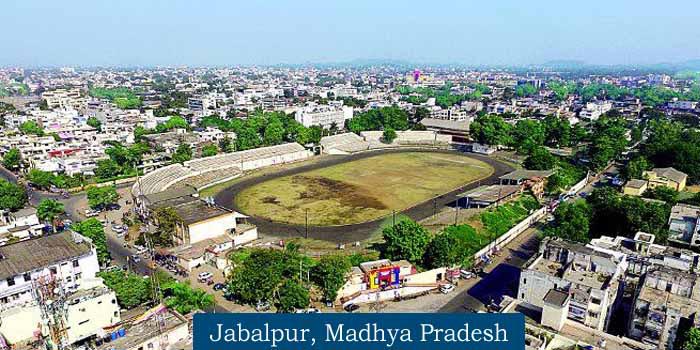 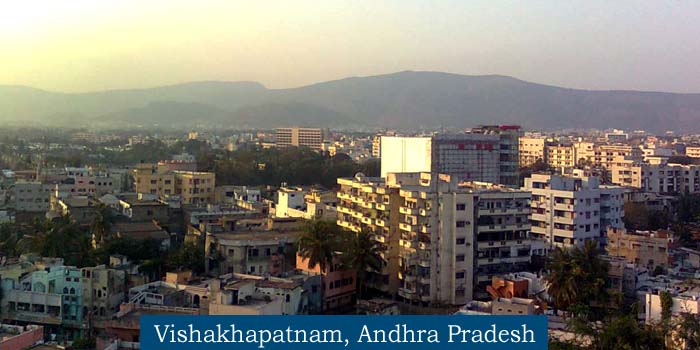 Vishakhapatnam is the largest city of the state of Andhra Pradesh both in terms of economy and population. Popularly known as “The Jewel of the East Coast” and “The City of Destiny”, Vizag was selected under the Smart Cities Mission by the government of India to develop this popular tourist destination. The city focus to provide high-speed internet facilities to its people, installation of LED lights in street lamps and state-of-the-art surveillance system. Vizag is an industrial hub with a good number of Special Economic Zones and India’s fifth busiest seaport. 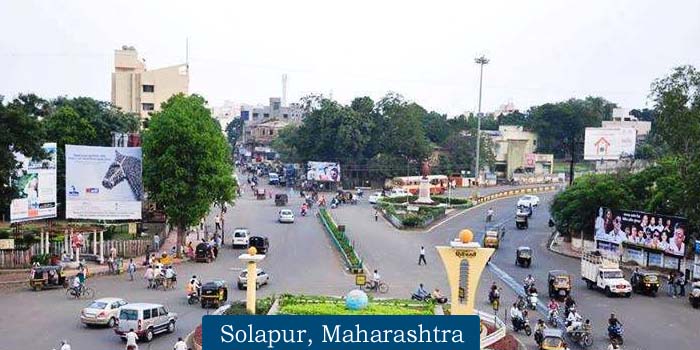 Solapur is a tier-two city in the state of Maharashtra which has the highest number of sugar factories in India. The city is a significant center of cotton textile manufacturing. Solapur was the first city to install a waste-to-energy electricity plant in the state of Maharashtra. The city is properly connected by roads to other cities in India. Under the Smart City Mission, Solapur will dedicatedly work towards achieving two major goals: Clean and Efficient. 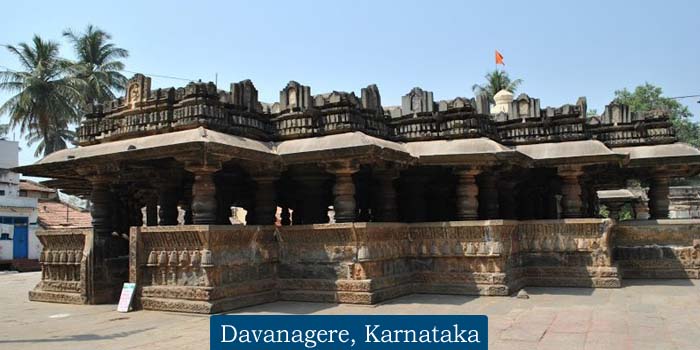 Davanagere, the central city in Karnataka, is the sixth-largest city of the state. Well-known for its cotton mills in the eighties, the city of Davanagere continues to be a growing industrial & SME Hub in Karnataka. The major industries found in this region comprises of agro-processing and textile. This city is located at just 260 kilometers from the popular city of Bangalore and promoting education to a large extent. The news of setting up a branch of the Indian Institute of Technology (IIT) in the city is also doing the rounds.

The demographic profiles, economic profiles, infrastructures, and the cleanliness ranking under the Swachh Bharat Survekshan are the basic parameters highlighted here to give you a basic understanding and help you takes your final decision. The details provided in the blog relating to the demographics, economics and infrastructure facilities of the smart cities are sourced from the Census of India, 2011; whereas the Swacch Bharat ranking are based on 2015, 2017, and 2019 surveys.

Moreover, as domestic relocation is a stressful and hectic task, it is always better to avail the reliable and efficient services of packers and movers in India. If you are planning to shift to Pune, then you can find the best packers and mover in Pune here on our reference portal.

Hope these smart cities will make your life much smarter, easier, and full of opportunities in every way! 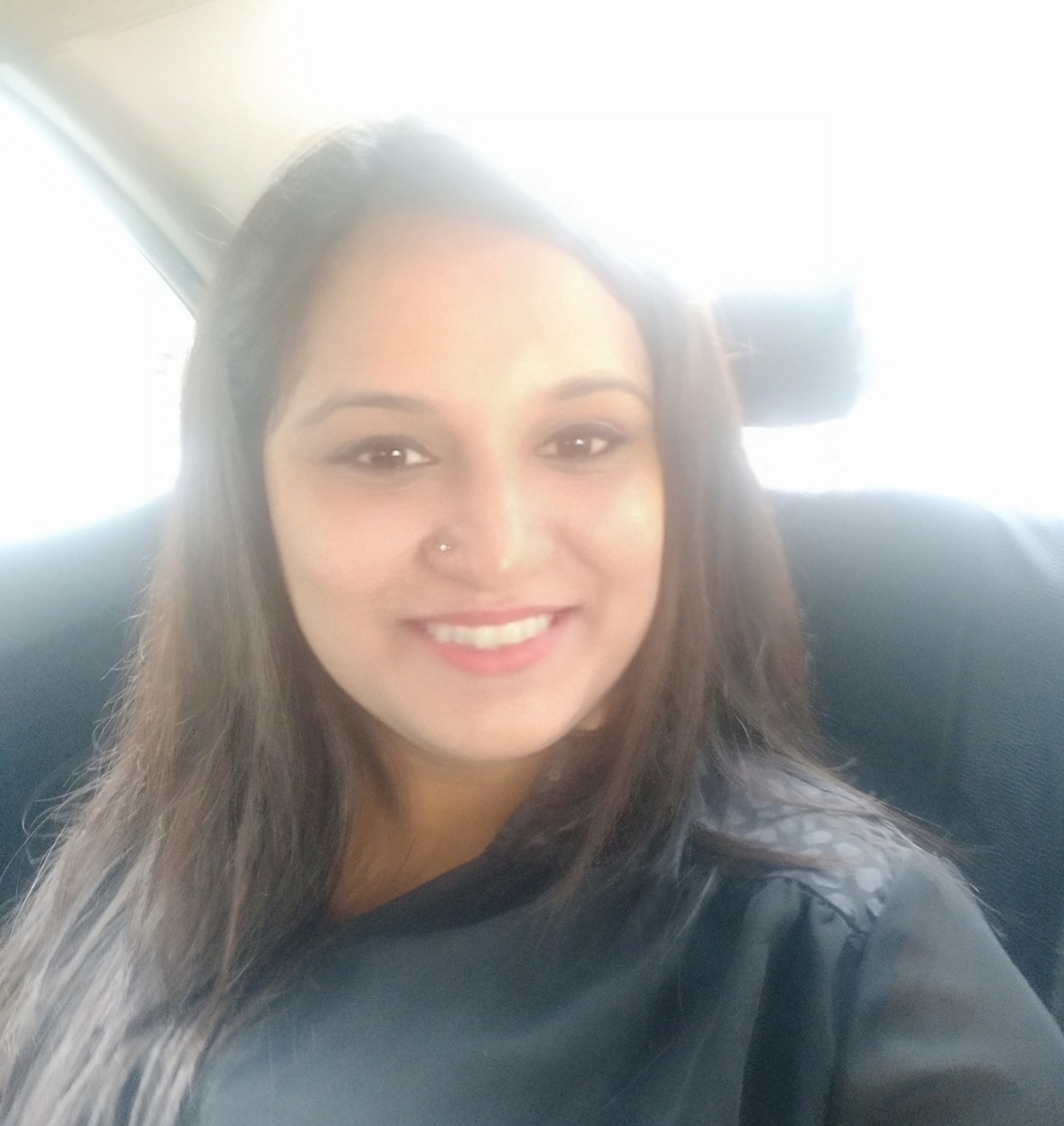 Sakshi Ecavade is our in-house content developer tapping every area of knowledge to convert it into readily available information for the end-users.A passionate writer & blogger by profession, she just loves to explore new arenas of possibilities in content development. 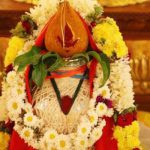 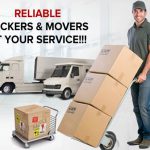 Some Must Concern Tips For Safe & Easy Vehicle Shifting 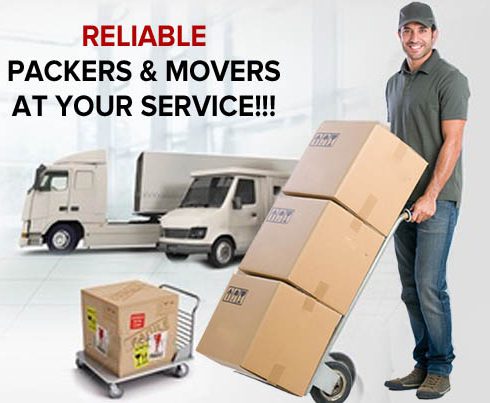 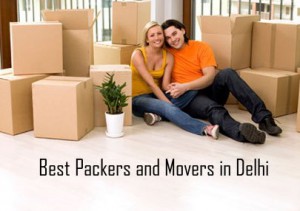